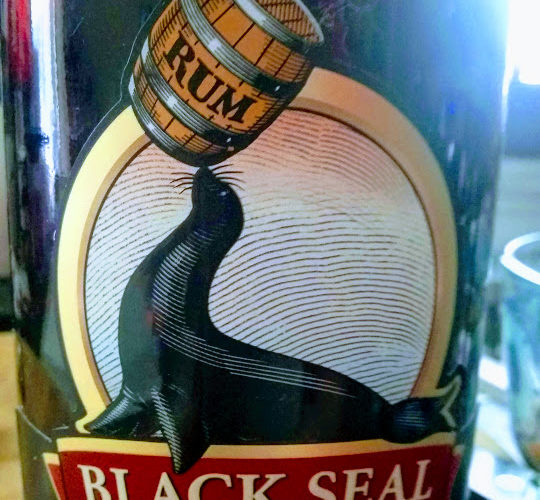 Unlike most dishes in my repertoire, I actually remember the first time I ever made jerk chicken. I was a few months into my two year Culinary Arts Program contract. The work weeks were six days long by default, but the nearest town was forty-five minutes away by car and I didn’t have a car with me, so I was stuck on site even on my off day. Early in the summer, before we were all burnt out from serving the tour buses full of visitors, I agreed to cover a few shifts at the employee pub. Known as the Whistle Pig, it was a small operation, usually managed by a single cook. My first night there, I worked in tandem with the regular cook, who happened to be of Jamaican heritage. When I poked my head tentatively around the corner into the kitchen at the start of my shift, I found him dousing chicken pieces in a huge tub of jerk marinade. This was a totally mysterious mixture to me at that point, but his enthusiasm for the project was contagious. I stowed my knife bag on a shelf and jumped into a night of slinging jerk chicken, hamburgers, and loaded cheese fries in the cozy little kitchen with its half-functioning equipment.

Textbooks can be a delicate subject to bring up with current college students, or even recent graduates. Some of them seem to cost their own weight in gold, and editions come and go so fast they’re tricky to resell once you’re done with them. Fortunately for me, many of my culinary course textbooks were also cookbooks, which I am happy to accumulate. This week’s book covers one of my favorite kitchen stations, Garde Manger. Otherwise known as the Pantry Station, the slangily abbreviated Garmos who work in this position are in charge of cold food presentation, as well as many of the fiddly little appetizers, pates, and preserved foods you encounter in the restaurant world.

I adore fiddly food, so this book and I are good friends, even if the passed appetizer cocktail party has mostly gone out of style except for special events. And I initially picked a food that I remembered fondly from school experiment days – mascarpone cheese. Which I dutifully made, took pictures of, and even served to other people at a game night party as part of a snack tray. But I found the recipe to be lacking in a few details, rushed the setting time, and otherwise ran into some snarls. I do plan to try cheese again soon (my little jar of tartaric acid is waiting in the cupboard), but I shifted gears for this post. Rather than taking a second run at soft cheese, I mixed up a wet rub Jamaican Jerk seasoning.

Using a blender or food processor, blend all ingredients together into a rough paste. Coat your protein of choice with the jerk mixture and marinate for at least an hour, preferably more (the original recipe recommends 24 hours). Barbecue or roast the meat until cooked to your preferred temperature. I used skin on, bone in chicken thighs and baked them for about 45 minutes at 400 degrees. Excess marinade can be stored in an airtight jar.

Apart from me spending thirty minutes in the liquor store debating which bottle of island rum I wanted to bring home (the seal logo on the Bermuda won out in the end), this was a simple combine-and-blend recipe. I tacked the prep on to the end of my lunch making and let the chicken marinate until evening. Some leftover rice reheated in coconut milk, a handful of green beans thrown onto the sheet pan with the chicken, and hey, presto, dinner! The chicken turned out moist and well-seasoned, if not quite as vibrantly spiced as I had been expecting. My favorite part of this dish, though, was the quesadillas I made with the leftover jerk chicken the next night. They may not have looked terribly exotic, but Jamaican Jerk Quesadillas are an intriguing and simple weeknight dinner that I can get excited about.