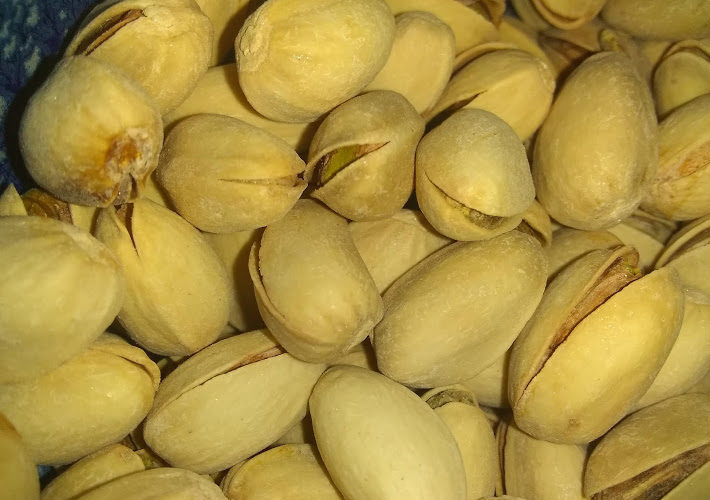 This past weekend was my first ever chance to bake my husband a birthday cake. I did my research carefully, but the information I received, while readily produced and detailed, seemed incompatible with a single cake format. So I baked two. Which ended up being just about the right amount for the quantity of family who showed up to shared it with us. One cake was chocolate upon chocolate upon chocolate – porter and sour cream cake layers with chocolate pastry cream filling and whipped ganache piped onto the outside. The other was my solution to the leftover egg whites from the richness of the yolk-heavy chocolate recipes. This blog is about that solution.

I’ve been receiving cooking magazines for many years, both in subscriptions gifted by my grandmothers and from free access to their own collections of years worth of Gourmet, Bon Appetit, Saveur, Cooking Illustrated, La Cucina Italiana, and more. While I was staying put in one place, so did the stacks of magazines, growing fatter and fatter each month. Once I started having to sort through and pack up all my things on a regular basis for seasonal jobs, I grew tired of the real estate and weight dedicated to items that were only partially useful. So I plunked myself down at the expansive kitchen table where my mother regularly fed our family of nine and began sorting. And sorting, and sorting, and sorting. When I finished up the project a few days later, I had a great heap of magazine husks and a three ring binder stuffed with recipe clippings organized into sheet protectors by category, with subcategories listed on the small sheets of notebook paper that I tucked in front of each category. I already knew what I wanted to make for the second cake, and when I saw that my magazine “cookbook” had turned up on the roulette chart, I knew what my recipe would be this week.

Preheat the oven to 350 and make sure your rack is centered, since juggling hot racks once you realize your cake pan doesn’t fit in the oven is never fun. Then begin on the cake by organizing your dry ingredients. Measure out the flour, 1/2 c. sugar, and the salt, then sift them three times. Normally I don’t make much fuss over sifting flour, but angel food cake is all about the texture for me, so in this case I do put it through the triple pass. Set this aside. Next, whisk the egg whites, vanilla, and lime zest until foamy, then add the cream of tartar. Beat this mixture until soft peaks form. With the mixer on a medium low speed, slowly shake in 1 cup of granulated sugar. You want to give the sugar plenty of time to incorporate into the egg whites. I usually put my sugar in a small bowl and gently tap it against the side of the mixer bowl to spill the grains out a few at a time. Once the cup of sugar is mixed in, bring the egg whites to stiff peaks. This is where all the lift and texture of the angel food come from, so don’t shortchange the whipping time.

Sift a third of your flour mixture over the stiff egg whites and gently fold until just incorporated. Repeat with twice more, until all the dry ingredients have been folded into the egg whites. Be gentle, and try to keep as much air as possible in the batter. Gently spoon the batter into a ungreased, unlined tube pan, smoothing the top with an offset spatula for even baking. (Part of the magic of angel food is how delicate its structure is. Any grease will keep it from getting support from the pan sides and it will eventually fall down under its own weight).

Place the cake on the middle rack of your oven and let it bake until light golden brown, between 30 and 40 minutes. When it has the gorgeous color you want, pull it out and invert the pan onto the counter (if your pan has those handy little legs along its top edge. If it doesn’t, you can flip it onto anything heat resistant that will support the tube, like a small can or bottle). Let the cake cool completely while hanging upside down. This allows the structure to set up before it has to fight gravity.

Next, let’s get the garnishes ready. Mix the remaining 1/2 cup granulated sugar with 3 TBSP of lime juice until the sugar is dissolved. In a separate bowl, combine the 1/2 cup powdered sugar with 1 TBSP lime juice to make a glaze icing.

Once the cake is cool, run a thin bladed knife along the inside edge of the pan and around the inner tube to loosen the cake. If you want a clean presentation and don’t mind extra clean up to get it, invert it onto a rack. Otherwise, go straight onto the plate you plan to serve from. Next up is the application of the garnish. Take the lime and sugar syrup that you made and brush it generously over every exposed surface on the cake until everything is a sticky sweet mess. Then, grab handfuls of your chopped pistachios and press them over the sugar glue you just applied. When the cake is wearing a lovely fuzzy green jacket drizzle the lime and powdered sugar glaze over the top in whatever pattern suits your fancy. I found the glaze to be a bit difficult to work with – you might have more decorating luck making it thicker and actually piping it out, but I just flung it out over the cake with a spoon this time.

Approval all around for this one, except for from my poor brother who has never liked the tarter citrus fruits. I forgot to warn him when he decided to sample it, something he immediately admonished me for. His daughters, on the other hand, charmed me by leaving out the middle portion of its name and begging for “angel cake” on their plates. It was nice to have this bright and light alternative to the densely decadent chocolate cake and we actually polished it off first. If you ever have any extra egg whites hanging around, just making it is a fun example of the transformative effects of sugar and air. Though you probably won’t mind sitting down with a slice of your experiment afterward.